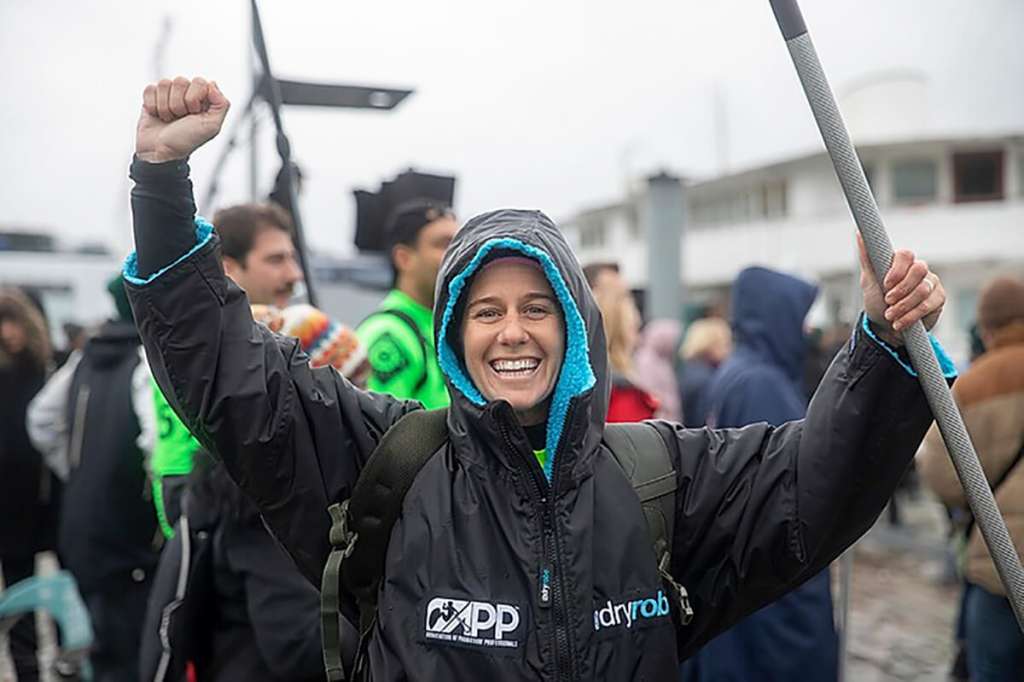 Seychelle Webster makes history in 2019 with one of the most dominant performances ever witnessed in the sport of SUP.

Paris, France 7th December 2019: It has been an impressive year for Seychelle Webster: first year on Tour, and a wide range of conditions and disciplines to adapt to in order to secure her maiden World Title on the APP Wordl Tour. However, right out of the gates, it seemed that this was all in Seychelle’s stride, as she posted a pair of bullet wins at the first event of the year in London, putting the world on notice that she meant business and was going to be the Woman to beat on the APP World Tour in 2019.

Moving onto New York, Seychelle voiced concern about her exoerience in Surf Racing, yet went onto secure another win in the sprints, proving any naysayers wrong, while slipping back a little in the distance to finish in 4th. Seemingly addressing that slip immediately, Seychelle went onto win the distance in Osaka and then finishing on a high on Day 1 in Paris with another win in the sprints to secure the 2019 World Title.

Her dominance was unquestionable, although challenged at every step by an equally on form April Zilg, and a distance expert and previous World Champion Fiona Wylde: 3 straight wins in her counting sprint results and 2 wins and a 2nd in her counting distance races is the most impressive record that has ever been posted on the APP World Tour.

It was clearly an emotional achievement for Seychelle, as she shared with the crowd what it meant to her to not only win, but experience this incredible global journey towards a World Title, both personally and professionally. Her message was an inspirational one, heartfelt and full of appreciation.

Again in good company, joining Annabel Anderson, Lina Augaitis, Candice Appleby, FIona Wylde and Terrene Black as the previous World Champions on the APP World Tour, there is no doubt that Seychelle will be the Woman to beat in 2020, as the newly crowned World Champion with the target well and truly on her back.

A big congratulations go out to Seychelle Webster for her incredible achievement in 2019: make sure to check out the highlights from the Paris SUP Open and the season as a whole at appworldtour.com and @appworldtour 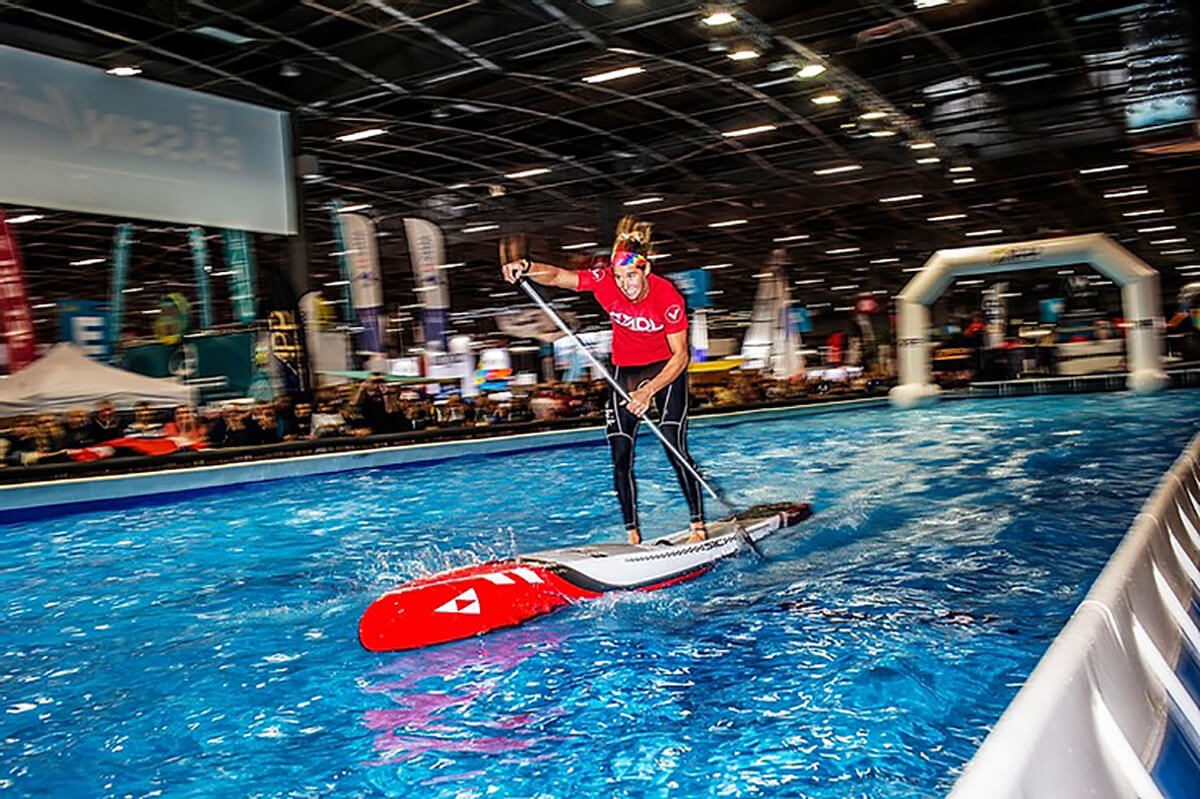 Seychelle Webster put on a dominant performance in sprint racing across all stops on the APP World Tour in 2019, with 3 wins out of 4 races this season, the 4th a discard when calculating the Overall Sprint Title. This means a perfect score for Seychelle across her counting results, an unmatched performance since the inception of the APP Racing World Tour back in 2012.

However, this was not without major challengers for Seychelle, with April Zilg to battle with her across every step on Tour, taking the win in Osaka, and finishing in 2nd in Paris and London to put her in a well deserved 2nd place in the Sprints overall.

Another impressive sprint performer was the young talent from Maui, Annie Reickert, who posted two second place finishes across the Tour and finishes in 3rd overall for the Sprints in 2019.

All in all it has been an incredibly exciting year for the Women on the APP World Tour in 2019, with dramatic racing, intense battles, unparalleled competition and phenomenal camaraderie as the performance level continues to skyrocket and the future is bright.

Here is the Top 10 for the Sprints:

Make sure to check out the highlights, broadcast replays, recaps and galleries from the entire 2019 season by going to appworldtour.com and @appworldtour

Seychelle makes it a trifecta, winning the Overall Distance Title ahead of Fiona Wylde and April Zilg in a dramatic finish 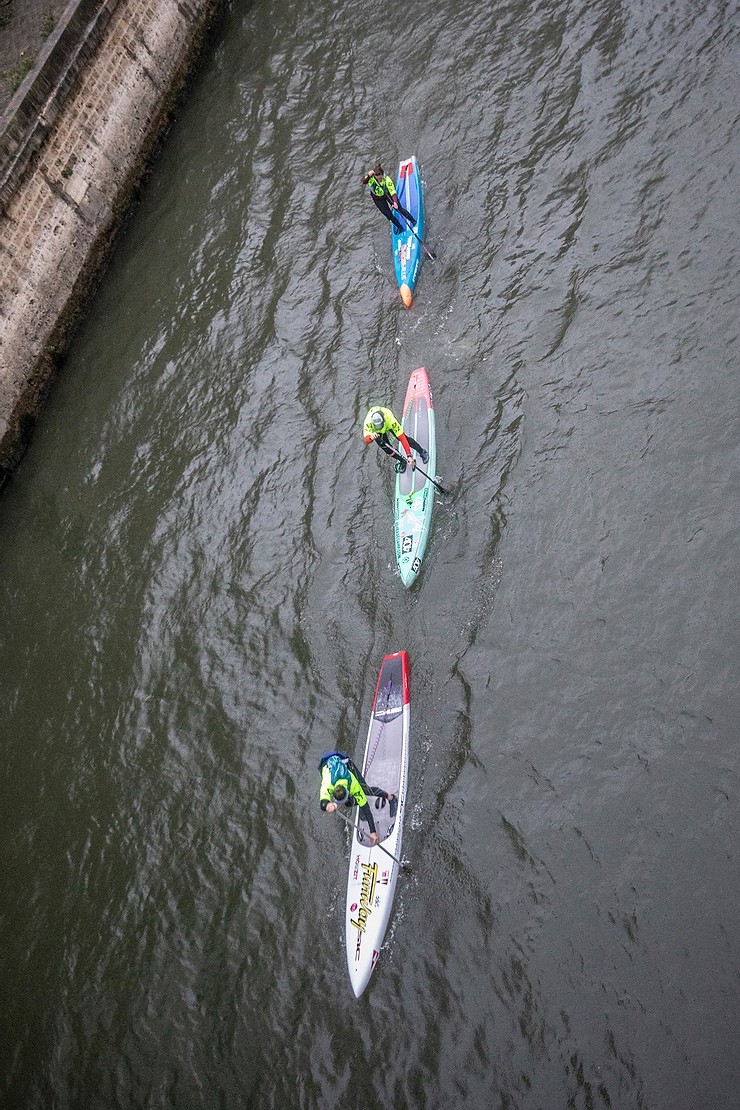 Seychelle’s dominance stretched to the distance racing as well, although a single 2nd place accompanied her two victories to make up her final scorecard in this discipline. That being said, the competition was once again fierce, with close finishes across every stop on Tour and a major push from 2nd place overall, Fiona Wylde, who capped her year with an impressive victory on the RIver Seine at the Paris SUP Open Final to go with her second place finishes in New York and Osaka.

Again, April Zilg was right there, all year, having to settle for 3rd overall for the Distance Title with her win in New York, the highlight. Once again, April’s performance in 2019 was exceptional, and if it hadn’t been for Seychelle’s incredible achievements this year, the Title conversation would have been very different.

When talking distance, 2014 World Champion Lina Augaitis is always one to watch out for, and this season was no different: with a 2nd place finish in London, just pipped at the post by the new World Champion Seychelle, Lina also lead the majority of the Osaka Race, losing ground on the sprint to the finish, but nonetheless remaining a major contender in this form of racing.

Here are the top 10 for the distance racing from this season:

All in all it has been an amazing year of racing here on the APP World Tour and one to remember. Make sure to check out highlights from the entire season and stay tuned for the build up to 2020 by going to www.appworldtour.com and @appworldtour 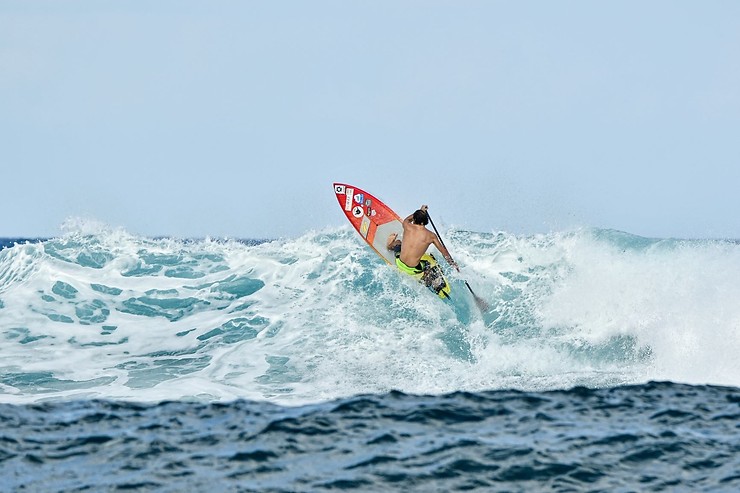 The holding period for the Gran Canaria Pro-Am is now open with a great forecast in place for what promises to be a specatcular close to the 2019 APP World Tour Surfing Season.
After a dynamic 3rd stop of the Tour in Barbados last month, all eyes are now on the North Shore of Gran Canaria, specifically Las Palmas for a week of intense action and the crowning of the 2019 APP World Surfing Champions.

With Poenaiki Raioha in pole position, the contenders, Luiz Diniz, Leco Salazar and Sean Poynter are all still in there with a chance at the Title this season, as we anticipate fireworks coming up this weekend with a large, long period swell hitting on cue.

Meanwhile in the women, it is a battle for second, as Fiona Wylde, Shakira Westdorp and Vania Torres all battle for positioning at this all important final stop of the season.

Make sure to stay tuned for the event updates and the morning call at 7:30am each day and watch all the action go down LIVE at appworldtour.com and @appworldtour